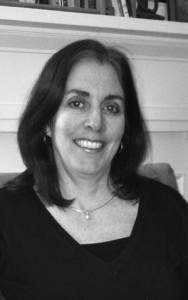 Diane graduated with her Bachelor of Arts Degree from Ithaca College and received her Masters Degree in Social Work from the University of North Carolina, Chapel Hill. While in North Carolina, Diane worked at Catholic Social Ministries where she developed and implemented a counseling program for the Catholic Diocese of Raleigh, N.C.  She later moved to Philadelphia, Pennsylvania where she worked at The Belmont Center for Comprehensive Treatment (formerly The Philadelphia Psychiatric Center). There, Diane worked with patients on an acute inpatient psychiatric unit.  She later worked for several years with chronically mentally ill adults in an innovative Long Term Structured Residence program, which was part of the Albert Einstein Medical Center.  In 1993, Diane moved back to Ithaca, NY.  Until co-founding Brief Therapy Associates with Tamara Loomis in 1997, Diane worked locally at a non-profit agency, providing Brief Therapy to individuals, couples, and families.

Using the Brief Therapy Model, Diane focuses on her client’s strengths and abilities. As a result of cultivating a positive relationship with her clients, she works actively and effectively with them to strategize solutions for positive outcomes.  She enjoys working with individuals, couples, families and groups.

In the last ten years, Diane has specialized in working with people who are going through the separation and divorce process.  She has facilitated many ‘Women’s Separation and Divorce Support Groups’ and is a co-founder of Finger Lakes Women in Transition, Navigating Separation and Divorce, a support program which provides seminars and support to separating and divorcing women.

To log on to Diane’s secure client portal, please use this link.